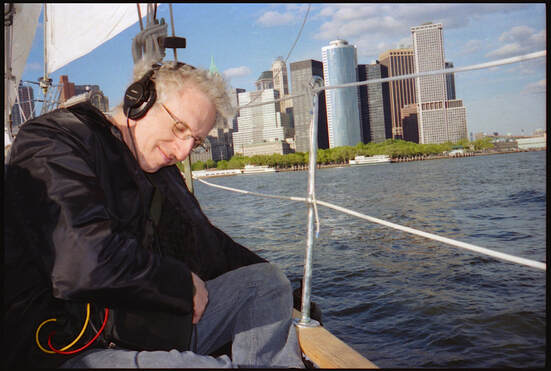 ​Ben Shapiro is a documentary maker working in film and television, radio and podcasts. He has received awards including Peabody (2x), Dupont (2x), AFI, and Third Coast Festival (5x).
His films have screened at SXSW, Lincoln Center, MOMA, as a panelist at the Sundance Film Festival, and in international theatrical release and broadcast. He is currently completing a documentary about activist-composer-drummer Max Roach, co-directing with Sam Pollard. His feature documentary about photographer Gregory Crewdson was a NY Times Critics Pick and "a must see" by Variety.
Shapiro has worked in radio for over 30 years as an independent producer and editor, was a founding member of Radio Diaries where he has edited, mixed and/or produced every piece for 25 years, as well as NPR program and station staff.
He has produced programs and series for National Geographic, BBC, CBC,The Economist Magazine, Stitcher, WGBH, WNET, and KCET among others. As a documentary cinematographer he has worked with Barbara Kopple, Albert Maysles, Sam Pollard, Katy Chevigny, and Ben Hedin among others.
Shapiro is adjunct professor at the Columbia University Graduate School of Journalism.